Do you like bugs? Do you think they are the coolest thing ever? Perhaps you might enjoy being transported to a world filled with giant, sentient bugs. There, bugs are turned into giant fighting mechs! It may seem far-fetched to you, but it was how two young Japanese kids named Yamato and Tsubasa spent their summer vacation.

Okay, they’re not your average kids. After school they like going to a nearby hill where they look for bugs. And on one of those days they’re going to hear bugs talking to them, which is going to lead to the bugs transporting them across space to the far-off planet Cimexus.

Does this sound far-fetched for a game? Not really in comparison to the inane subjects around which some games and television shows are built nowadays.

Anyway, our heroes will unite with and fight against other Earthlings to free Cimexus and eventually Earth from the clutches of an academically jilted professor.

The concept does not ill serve this game, but the title does. “Drone Tactics” makes sense once you understand the game, but little when you’re reading it on the shelf of a game store or website. If one did not know better, the name would come across as boring, unimaginative, and unclear. It needed a subtitle like, “Alien Bug Mech War.” Or, “Battle of the Bug Bots.” Even if neither of those subtitles float your boat, they do add understanding. Since the word “tactics” is so often used in this genre, which in itself is fine, adding a single word as generic as “drone” did not cut it.

That’s too bad, because there’s a solid game here. Beneath the simple trappings are fun mechanics that will challenge you tactically. We also think it comes with a straightforward, cute story which was deeper and more entertaining than that offered by the popular Advance Wars.

The setup is basic and conventional. You see the square grid-based battlefield through a single angle downward. It cannot be rotated. Some of the maps are very large and require scrolling through numerous screens. There is a mini-map to help you orient. You can field a maximum of eight units.

Too big for a bullet point:  A Tri-Force of Mechanics

A central mechanic is the ability to choose your response to attack. We’ve hardly seen this up to now. It was tactical fun, and helps a game that could easily fly under the radar show up on the SRPG map. So how does it work? What are its ups and downs?

Once attacked you have three choices. The first is ‘counter.’ If your unit survives the attack, it will reply with the same kind of attack. This works for two out of the three attack types, melee and guns. (If one of your long-range units is attacked by a long-range unit, no counter is possible.) There is no blanket right answer. How strong is your unit’s natural defense? Is it worth it for them to take the hit to return fire?

The second choice is ‘defend.’ This comes in quite handy when trying to preserve your units, especially those with high armor and defense. The drawback is no return attack. The final choice is ‘evade.’ This is good for high-speed units, allowing the possibility to avoid being attacked completely (although still no return attack). But this is the least appealing option, especially in the later game as accuracy for all units increases. Attacks are harder to evade, and a single strong hit can take a unit out. Fast units generally have lighter armor making the price of failure-to-evade too high.

Allow the long-range attackers to return fire in-kind, and not just the close range melee and gun wielders. This could lead to fun artillery bombardment duels and more tactical decisions.

The Good & The Bad Conveniently Together in One Point:

Base match-up effectiveness on weapon type OR unit type, not a mix of both. Or at least consider reducing the numerous (sometimes unclear) factors affecting the outcome.

Too big for a bullet point:  Special Weapons and , er, Cards

Special attacks, maneuvers, and almost all healing abilities are performed with cards. They are usable only once a battle, and the amount you can hold is limited. After battle you are awarded more basic ones. A fun mechanic is being able to combine the basic ones in various ‘recipes’ to make more powerful ones. The game doles out recipes sparingly, and less so if you don’t grind. It does allow you to free mix without recipes, but the conventions are not predictable enough. Free mix becomes more of an experimental time sink than successful creation endeavor.

Cards bring about more frustration than they should. This creation system has potential, but misses the mark with inconsistent requirements, unintuitive mixing, and lack of raw material.

Allow players to make their own custom cards. This could be accommodated with the creation of a handful of variable strength template types.

How about losing half your money to revive the unit? Perhaps a very expensive resurrection card needs to be purchased. What about having the fallen units sit out the next battle? Just about anything is better than nothing, which is what they chose.

For goodness sake, pick the next closest unit! 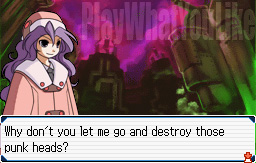 After about twenty hours into Drone Tactics, you’ll have seen everything it has to offer gameplay wise. At that point you need to decide for yourself if it’s fun enough to continue. For us it was. (It might be the most fun game you ever play controlling giant robot insects!)

Like Rebelstar Tactical Command, this is not a game about visiting towns, knocking on doors, and searching people’s homes for items. (Why do they allow that anyway?) It is not about choosing cities on a world map. The game feeds you story bits between each battle. In some ways it is burden-easing, allowing you to focus on and enjoy unit customization and battle strategy.

Drone Tactics is not a budget buster. There is no voice work, and no movies. There are no cuts scenes, nor tremendous special-effects. But it doesn’t need them to be fun, and on that front it succeeds.